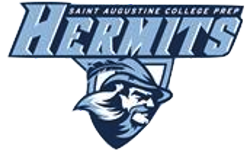 The Saint Augustine Prep Hermits compete in the National Division of the Cape-Atlantic League, an athletic conference consisting of both parochial andpublic high schools located in Atlantic County, Cape May County, Cumberland County, and Gloucester County, New Jersey. However, The Hermits are set to start competing in the American Conference in each sport, as soon as the scheduling year comes around. The Cape-Atlantic League operates under the aegis of the New Jersey State Interscholastic Athletic Association (NJSIAA).

The swim team has been dominant in South Jersey, has been in the top five swim teams in New Jersey, and in 04-05, was the 4th-ranked swim team in the nation. They won the 06-07 Non-Public A State Title with a 105-65 win against St. Joseph High School, as well as the 07-08 Non-Public A State Title with a 109-61 victory over Seton Hall Preparatory School. The swim team has also produced many individual state champions, along with numerous relay state champions.

The crew team's Lightweight 8+ won both the Stotesbury Cup Regatta and the Scholastic Rowing Association of America Regatta (commonly referred to as the "Scholastic Nationals") in the 2006 spring season, marking the first national title achieved by St. Augustine Prep. In the 2012 spring season, the Junior Varsity 8+ won the Scholastic Nationals, along with a second place finish in the PSRA City regatta, and a third place finish at the Stotesbury Cup.

The ice hockey team claimed the 2006-07 Non-Public state championship, defeating St. Peter's Preparatory School by a score of 3-1 on March 23, 2007, as the first South Jersey school to win the state title in hockey finishing the season with a 23-0-0 record and becoming the first ice hockey team in New Jersey history to go undefeated and untied. In the 07-08 season, the team again reached the state finals, but lost to Delbarton School5-1. The 2010-11 team went to the state championship, losing in overtime by a score of 3-2 to Delbarton 3-2 at the Prudential Center, despite pulling into a 2-1 lead with minutes to go in the third period.

The soccer team won the 2003 Boys Soccer - South Parochial A with a 2-0 win over Paul VI High School in the sectional final.[17] The team was declared State Champion in the 2003 NJSIAA Parochial A Boys' Soccer State Tournament jointly with Delbarton School. The team was the Non-Public A Champion in the 2005 Boys Soccer Non-Public Finals, defeating Seton Hall Preparatory School 4-1. The soccer team finished the season with a record and 25-1 and won the Non-Public A championship in 2010 with a 2-0 win over Pingry School, marking the program's fifth state title and their first since their 2005 win.

The wrestling team won Non-Public B state titles in 2001 and 2003 over Gloucester Catholic High School and St. Mary's High School of East Rutherford respectively. The 2001 title was the team's first since 1985.

The football team won the NJSIAA Non-Public Group I state sectional championships in 1995. 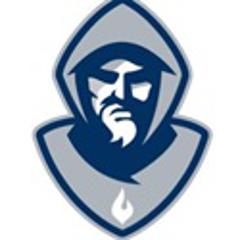