Wrestling: Revano gets Irish back to top of podium

ATLANTIC CITY – The Camden Catholic coaching staff remained in a state of euphoria as junior Lucas Revano talked to the media on Sunday afternoon.

Revano had just secured the eighth state title in the program’s history and a sense that the Irish have returned to one of the elite programs in South Jersey, a God-given right from 1999-to-2011, permeated the floor of the Atlantic City Boardwalk Hall. The only thing missing was someone who had occupied the top spot of the podium in a green and white robe and that’s when T.J. Miller walked up.

“It’s been a long time since I stood up there,” Miller said. “I can’t tell you how proud of (Revano) I am. It takes a lot of demanding work to get to this point. He’s a fantastic kid and I more excited for him and the program than I was when I won it. I’m just glad I’m no longer the last Irish wrestler to win a title.”

Revano beat Howell’s Kyle Slendorn 4-3 to win the 132-pound state title. Revano needed a reversal with 18 seconds left to take a 4-3 lead and then held on for the title. It’s the eighth individual title overall for Camden Catholic and the first since 2011 when Miller won at 135 pounds.

“I knew my opportunity would come,” said Revano, who commutes an hour each day from Belmar where, as a part of the Triumph Wrestling Club, he is aware of Slendorn.

“I was looking for my opening. I just knew at some point it would come," Revano said.

The fact is, Revano may very well have been alone in that assessment. Despite a takedown in the first period, Revano had very little offense and, in the third, down 3-2, spent most of the period on his face as Slendorn looked to ride him out. Over the first minute Revano looked beaten but, in the second half of the period, looked ready to escape.

That didn’t matter when the clock ticked under 20 seconds.

“Kyle is a great wrestler and we go at each other all the time in the room,” Revano said. “But that didn’t matter to me today. I had a game plan that I had to stick to.

“I knew it was going to be tough and I knew I had to put a few moves together. On that I was able to put in a good step over and backhooked his elbow. Once I jumped over I had it.”

That said Revano had a takedown earlier in the match and Slendorn quickly turned that into his favor. This time, Revano wasn’t about to let up.

“I had full faith that I would get the opening,” Revano said. “You never know when that moment is going to come. It could come with two seconds left on the clock. Tonight, it came with 18 seconds left and I had to win that final 18 seconds.” 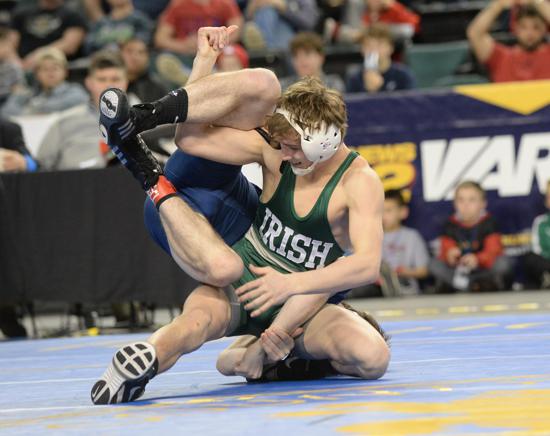 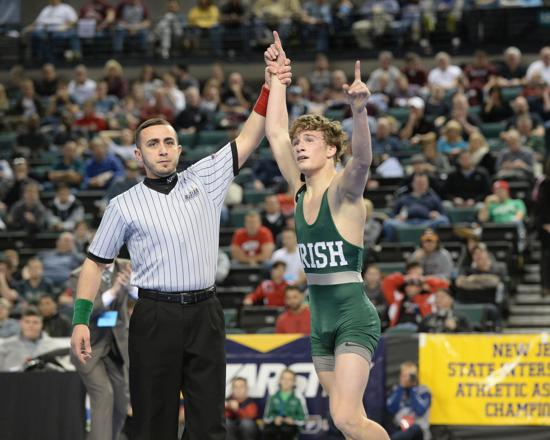