And as a result, he has emerged at the top of his game with his athletic and academic careers. And he admits he is proud of his multi-year battle that has ended in a remarkable success story taking him from the streets of one of America's largest cities right into the halls of Rowan College-Gloucester.

Rubino, a 141-pounder who currently boasts of a 13-9 overall record under RCSJ coach Dan Antonelli, is the lone member of the Roadrunner roster from out of state. A two-year starter, Rubino lived in the Mayfair section of Philadelphia and attended Abraham Lincoln and Northeast High Schools, where he wrestled 138 pounds since his sophomore year, finishing his scholastic career as a PIAA District Champion in 2018 along with a 59-21 career record.

He began his wrestling career as a sophomore in high school as a member of the Beat the Streets Philadelphia (BTSP) program, which proved to be a life-changing affiliation for the 20-year-old grappler.

Beat the Streets Philadelphia (BTSP) is a sports-based youth development nonprofit that is committed to fostering the holistic growth of student-athletes living in at-risk under-served communities. BTSP implements mentoring, academic support, and wrestling programs throughout the greater Philadelphia region as vehicles to 'Positively Alter Life's Trajectory.'

Beat the Streets Philadelphia currently serves 30 youth, middle school, and high school programs throughout the Philadelphia area. From the first time wrestlers step on the mat until the last time they walk off, program staff members create an environment that fosters personal growth, takes advantage of coach-able moments, and recognizes individual achievement. The program's coaches take the time not only to go over technique but to teach wrestlers life lessons that will follow them for the rest of their lives.

Rubino enjoyed his affiliation with the program's Mentoring Center in West Philadelphia (34th and Market Streets) where he worked with former college athletes whom he looked up to as role models. He also worked primarily with Mentoring Director Ben Reiter, who still oversees the program today.

"I was one of those kids you sometimes see on TV who went to a program like this right from the streets - and everyone there helped me out a lot," said Rubino. "They stressed good family values, getting good grades and academics, and coming to practices on a regular basis. They basically prepared me for everything I'm doing right now."

And, although Rubino finished as a participant in the program following his high school graduation, he plans to return to his roots one day.

"As a graduate, I plan to go back into the program and help the kids, hopefully as a director," commented Mike, who hopes to continue his wrestling career at a four-year school.

Roadrunner coach Dan Antonelli, for one, appreciates the hard work and dedication of his sophomore wrestler along with the program that helped boost Rubino's career.

"For many young men, this type of program (Beat the Streets) is a game-changer, and that was certainly the case for Mike," said Antonelli. "He has been a leader in our program since I started coaching here - just a great role model for his teammates."

For additional information on the Philadelphia Beat the Streets program, please follow the link below. 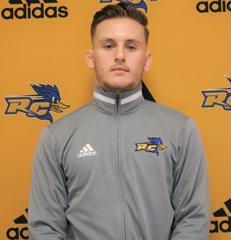