BLACKWOOD – Invariably, championships are not won as the saying goes with defense. Games are not solely about offensive production or even that one dominant pitcher.

Granted those are all the big picture reasons and those are good reasons. Defense does win championship, offense is certainly a huge part of any game and who wouldn’t want Bob Gibson, Nolan Ryan or Greg Maddux on the mound in a big moment.

Still each of those mantras and truths built up over years are composed of smaller, more detailed moments. On Monday, the small things mattered and were in large part the reason Highland’s season came to a premature end.

“We’ve fallen short quite a few times in responses,” Highland manager D.J. Gore. “That key hit, that shutdown inning. That’s what’s cost us and today, it was the same thing.

Toms River East, the 12th seed in the South bracket of the NJSIAA Group 3 Tournament, took and early lead and did just enough to keep that lead over seven innings in a 9-7 win over No.5 Highland to advance to Thursday’s game with No. 4 Ocean City, a 2-0 winner over Gloucester Tech. For Highland (14-8) the end came particularly fast after several long runs in the tournament over the last several seasons.

“It’s not that we didn’t expect a tough game,” Gore said. “(East) is a good team and (it’s) seeding is not really a reflection of how good of a team they are. They play in the Shor Conference and you knew this would be a game.

“We needed a big hit, a shutdown inning or countless other little things to go our way and today and none of them did.”

The Raiders (9-13) got off to a quick start when junior Ryan Ciccardo led the game off with a wind-blown double. A passed ball and a ground out to first handed the Raiders an early 1-0 lead. A second manufactured run on the top half of the second put Highland on its heels, especially after the Tartans loaded the bases in the first on a pair of walks and a hit batter and failed to produce a run.

“We did get a run back in the second-inning but we never really got untracked and the bats going until it was too late,” Gore said. “This team has a ton of talent, we just struggled at times this season getting that shutdown inning.”

Down 4-1, reliever Todd Cavallaro entered the game in the fifth and got an out and got an out but with two strikes surrendered a double and a single and just like that Highland trailed 7-1 just one strike away from an escape.

That loomed bigger as Highland rebound in the bottom half of the with four runs including a two-run home run by Billy Richards-Jackson but alas a 7-5 deficit quickly dissipated when the Raiders responded with a two-run home run in the sixth.

“Again, we needed a shut down inning,” Gore said. “But give their lineup credit. They hit today. At one point it was 12-1 in hits. We responded but it was too deep of a hole.”

In a season Gore and the Tartans had high hopes, the toughest part clearly is the departure of nine seniors, many of whom were emotional in the post-game talk led by Gore and his coaching staff.

“This is a great group of kids,” Gore said. “You just hate to see it end this way. This is a tough Group and anything can happen as you can tell by looking around at what has happened throughout the tournament today. That doesn’t make it any easier.” 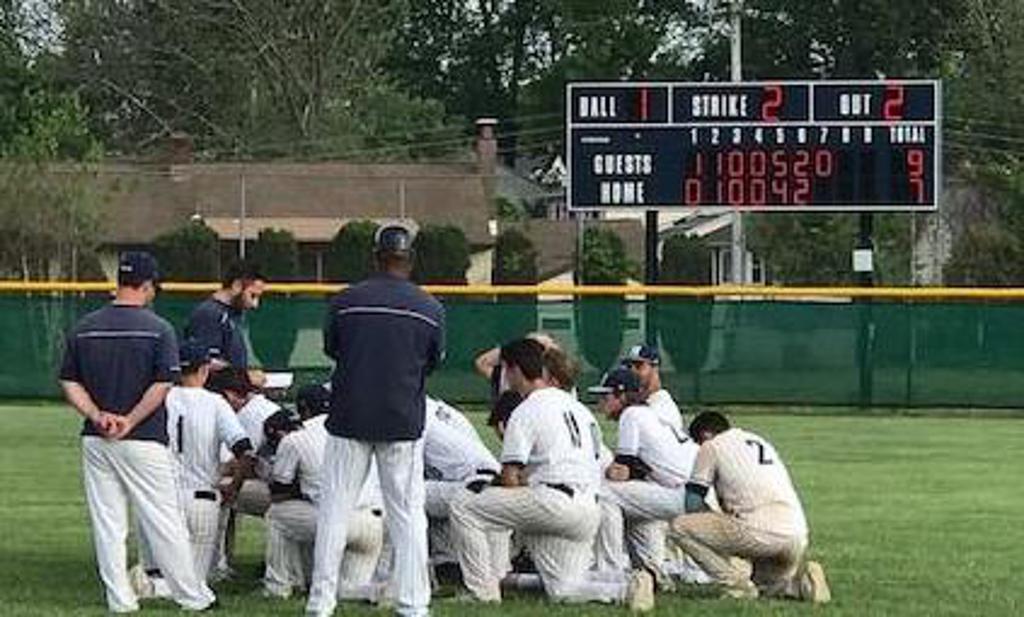